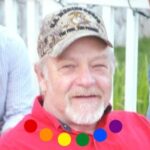 Specializing in Adam Walsh Act visa waivers for your foreign spouse or relative's K1 or K3 visa. They have the highest success rate in the country and they are on your side! Take back your DENIED HUMAN RIGHT and get your loved ones to the US TODAY!

This is a non-paid/sponsored ad.