After I made the decision to move out of the US, friends, family, and even strangers have asked me, “WHY?” So rather than repeat the reasons and explanation of why, I am going to jot down my thought process.

Everyone has a path or journey in life. For the most part, only you, yourself, can direct and change that path. All was going well in my life back in 2009: At 55 years young, I had started a new job that looked promising. I had a nice home on over 2 acres, out in the country, in South Carolina and was driving my dream car – a 2006 Hummer H2. Life was generally good… I even had a boyfriend and a good size group of friends that I loved being around. I loved camping and the outdoors. Even now, I still enjoy a nice walk in the woods or on the beach.  I’m not so much in to tent camping anymore but I still love being out in the woods, possibly sitting next to a little fire with a friend or fur-baby. I had recently purchased a medium-sized camper and was excited about taking it out in the woods with my friends and being in nature. You have to understand that more than anything I would prefer to be in the woods.

At the end of September is when my life crashed. In a matter of literally months, I had lost everything and everyone that I truly cared about. Friends that I had for years disappeared and refused to take my calls. The house was foreclosed on and the Hummer was repossessed. Everything I had was reduced to a 5’x 10′ storage unit. When I finally had my day in court, I admitted my guilt and took responsibility for what I did. I received 6 years in the gated community and 5 years’ probation. I won’t get into how prison life was and is, because most who will be reading this more than likely had a similar experience and understand what that does to someone. The only thing that I can add is that if not for God, life could have and would have been a lot worse. God truly protected and took care of me and to this day he still does!

After getting out, I was blessed to have a family that stuck by me and helped me, especially my younger brother. If not for him, I would more than likely not be on this earth. He was, and still is, truly a Godsend. I struggle just like everyone else: I never could find a job but was able to get Social Security disability and that, combined with a small eBay business, has kept me afloat. I was never able to get back my group of friends as I had before and I can’t even go camping because my state requires me to give an itinerary of where I am going and how long even though it has been years since I was released from probation.

Anyone who is an avid RV’er knows that you typically go for days or weeks at a time and never know really where you are going til you get there or, for that fact, how long you will be there. When traveling, I am constantly having to review the laws of each state before I leave so that I don’t trip up and be at the wrong place because I didn’t know I couldn’t be there. That fear alone has me always looking over my shoulder and the first two years after being out I had to see a psychiatrist for PTSD because of it.

The registry has made me somewhat of a recluse; depression is a daily battle and I hardly ever leave the house except for food and supplies. I never go out, I sleep way too much, I have zero friends to speak of, and all because I made a poor decision back in 2009.  I am not a threat to society and I am not a threat to kids. The only thing that I did was make a mistake that anyone could have made and I am sure that there are many out there that have, but it never found its way into society’s eyes.

That’s how my life is and if I let it, that is how it will continue to be. But, I am not going to do that. Why? Because Germany and other countries like it allow people who have made a mistake an opportunity to jump-start their life, a second chance, if you will. Laws in the United States are made to put people who made poor decisions down and keep them down. Every year, new laws are enacted to continue that process and not to protect children but to enable politicians to gain more money and power. They do this by striking fear into average citizens with fake statistics and fake claims.  This is WHY I am moving to Germany.

I can camp just about anywhere, anytime (within the law) without having to tell someone where I am going and when I am coming back. I can start anew and build a safe life without having to disclose what I did way back when. The cost of living is less expensive there than where I presently live. The health care is better and when I get old and need to be in an assisted living home, I won’t be turned away because of something I did way back when. Even though I am a veteran, I would not be able to live at a veterans home because of my status on the registry; I checked. If I want to sit at a park and watch people, no one will give me a second look. Little things that the average person takes for granted I will be able to do again. These are just a few of the freedoms that will be allowed to me in a new country. A country that understands that everyone makes a mistake and we as humans need to help others get back into society and prosper, not continue to harass and keep them down.

This is my WHY? 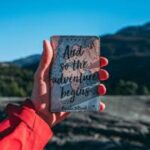 This site uses Akismet to reduce spam. Learn how your comment data is processed.

Specializing in Adam Walsh Act visa waivers for your foreign spouse or relative's K1 or K3 visa. They have the highest success rate in the country and they are on your side! Take back your DENIED HUMAN RIGHT and get your loved ones to the US TODAY!

This is a non-paid/sponsored ad.